Bridget M. Kuehn
JAMA. 2013;309(20):2083-2084. doi:10.1001/jama.2013.5048.
Text Size: A A A
Article
Figures
In March, the publication of the complete genome sequence of cancer cells from a Maryland woman who died in 1951 ignited an ethical firestorm. These cells, called HeLa because they were derived from the cervical tumor of Henrietta Lacks, have been widely cultured in laboratories and used in research.
As documented in a 2010 book, the cells had been taken for research use without consent, and for years the woman's family had been largely unaware of their use (Skloot R. The Immortal Life of Henrietta Lacks. New York, NY: Crown; 2010). The publication of the sequence (Landry JJ et al. G3 [Bethesda]. doi: 10.1534/g3.113.005777 [published online March 11, 2013]), again without the consent of Lacks' family, renewed debate about the privacy and security of genomic information in research, as Rebecca Skloot noted in the New York Times (http://tinyurl.com/c8wgp3f). By late March, the authors removed the sequence from an online database at the request of the family. 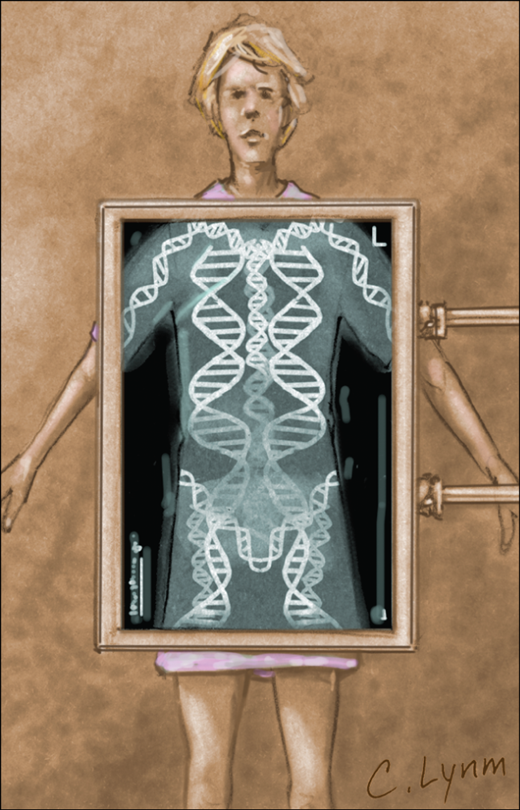 Genome sequencing studies may reveal information about the health of the participants and their families, stirring discussion about appropriate protections for such data.
As the Presidential Commission for the Study of Bioethical Issues noted in a report last fall (http://www.bioethics.gov/cms/sites/default/files/PrivacyProgress508.pdf), the proliferation of genomic sequence data in research and its great promise in the clinical realm demand a coordinated effort to protect the privacy of individuals and their families when genomic data are used in research. Doing so is essential to ensure that enough individuals are willing to participate in such research to allow continued scientific progress, said Lisa M. Lee, PhD, MS, executive director of the commission.
“We need people to trust that these data will be protected,” Lee said.
Lee explained that advances in sequencing technology and rapidly declining costs of sequencing are likely to accelerate the use of genome sequences in research and in the clinic, but that policies on such data haven't yet caught up with the science. For instance, she noted that a genome sequence acquired by a physician in the course of treating a patient would be protected under the Health Insurance Portability and Accountability Act, but if the same sequence were collected by researchers, it would fall under the so-called Common Rule. Additionally, the commission's report cites a patchwork of varying laws from state to state. For example, in some states it is legal to surreptitiously collect and sequence DNA from an unwitting individual, such as by extracting DNA from saliva on a discarded coffee cup.
The commission recommended the enactment of a consistent floor of protections across the states. Lee said the commission did not stipulate what these protections should be or how they should be created, but that a separate process should establish them. The report also recommends that research funders, researchers, and those housing genomic data establish standards for appropriate use and security of the data, including options for patients who would want to share their data widely.
The report also calls for the creation of a robust consent process for research, with guidelines from the Office for Human Research Protections. According to the report, consent should include the following:
One unique feature of genomic information that patients must understand is the potential for the data to reveal information about family members, Lee said.
“We are learning about our parents’, siblings’, and future children's genomes,” she said. “We need to be clear with people about what this may mean.”
Anne Townsend, PhD, research associate in medical genetics at the University of British Columbia in Vancouver, Canada, said she was pleased that the guidelines were driven by respect for individuals. She emphasized that proper informed consent is crucial, including consent regarding whether incidental findings will be returned.
One of several vignettes included in the report highlights a young man who was diagnosed with retinitis pigmentosa at age 13 years and told he would lose his sight at some point later in life. The information drove the man's career choices and created emotional distress in the years leading up to blindness. The man later chose to participate in a genome sequencing study, but only on the condition he not be notified of incidental findings.
“One of the downsides [of knowing about a future health outcome] is that it could cast a shadow over our lives,” Townsend said.
Townsend said such personal stories are useful and that other research has suggested that, contrary to what some might anticipate, many individuals with genetic conditions such as Huntington disease do not want to know in advance. She said that because people assess risk in different ways, it's important not to make assumptions about how people would handle information or about what they would choose.
Townsend said that more creative and interactive ways of obtaining consent using new technologies may help patients give more informed and meaningful consent about participating in genetic research. She noted that interactive patient decision-making tools are already being used in other areas of medicine. More study of genomic research participants' thoughts and experiences is also needed to provide a rigorous evidence base for developing consent processes.
One weakness of the report, she said, was that it didn't pay enough attention to potential blurring of lines between patients and participants. For example, she noted that patients may need greater protections because they may be more vulnerable. For example, a patient may see participating in a research study as a means to access care.
Lee said that creating the appropriate protections for individuals involved in genomic research is crucial if society hopes to reap the potential benefits of genomics. “Without appropriate protections, we can't progress scientifically,” she said.
Publicado por salud equitativa en 5:12