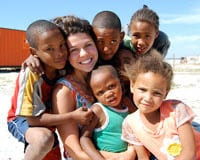 World TB Day is observed annually on March 24 to educate the public that TB remains a problem in much of the world, with much more needed to prevent, control, and eventually eliminate this devastating disease. This day provides an opportunity to raise awareness about TB-related problems and solutions, and to support worldwide TB-control efforts. This year, CDC is joining the global Stop TB Partnership

in adopting the theme, "Stop TB in my lifetime." People are encouraged to imagine a world free of TB and to state what changes they expect in their lifetimes such as a better TB test, faster treatment, or no more TB deaths.


What CDC is Doing

Researchers in CDC's Division of Tuberculosis Elimination and their partners in the TB Trials Consortium are at the forefront of the research that is striving to make the world free of TB. They recently completed a 10-year study of an innovative preventive therapy regimen that will dramatically shorten treatment for persons with latent (inactive) TB infections. This course of preventive therapy is referred to as the 12-dose regimen and contains two very effective TB drugs, isoniazid and rifapentine. It is given once weekly for 12 weeks under directly observed therapy, which means that the swallowing of each dose of medicine is observed by a health worker.
The concept of TB preventive therapy involves treating people who are infected with TB but who are not clinically ill.  Doing so can prevent those infected persons from progressing to TB disease. Preventive therapy not only prevents disease and disability in that one person; it also prevents the spread of infection to others, some of whom would develop TB in the future and then spread the bacteria to their close contacts. We can only reach the goal of a world free of TB by working together to detect, treat, and prevent this disease.


Working Together to Stop TB in our Lifetime 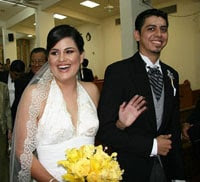 "This is not the time to be complacent about TB diagnosis and treatment. We need to maintain a clear vision of delivering same day diagnosis and treatment, if at all possible, and strive to eliminate TB in our lifetime" (Dr. Kenneth Castro, Director, Division of Tuberculosis Elimination, Centers for Disease Control and Prevention)


What Can You Do?

Until TB is eliminated, World TB Day won't be a celebration. But it is a valuable opportunity to educate the public about the devastation of TB and how it can be stopped.


In 2011, a total of 10,521 new tuberculosis (TB) cases were reported in the United States, an incidence of 3.4 cases per 100,000 population, which is 6.4% lower than the rate in 2010. This is the lowest rate recorded since national reporting began in 1953 (1). The percentage decline is greater than the average 3.8% decline per year observed from 2000 to 2008 but not as large as the record decline of 11.4% from 2008 to 2009 (2). This report summarizes 2011 TB surveillance data reported to CDC's National Tuberculosis Surveillance System. Although TB cases and rates decreased among foreign-born and U.S.-born persons, foreign-born persons and racial/ethnic minorities continue to be affected disproportionately. The rate of incident TB cases (representing new infection and reactivation of latent infection) among foreign-born persons in the United States was 12 times greater than among U.S.-born persons. For the first time since the current reporting system began in 1993, non-Hispanic Asians surpassed persons of Hispanic ethnicity as the largest racial/ethnic group among TB patients in 2011. Compared with non-Hispanic whites, the TB rate among non-Hispanic Asians was 25 times greater, and rates among non-Hispanic blacks and Hispanics were eight and seven times greater, respectively. Among U.S.-born racial and ethnic groups, the greatest racial disparity in TB rates occurred among non-Hispanic blacks, whose rate was six times the rate for non-Hispanic whites. The need for continued awareness and surveillance of TB persists despite the continued decline in U.S. TB cases and rates. Initiatives to improve awareness, testing, and treatment of latent infection and TB disease in minorities and foreign-born populations might facilitate progress toward the elimination of TB in the United States.
Health departments in the 50 states and the District of Columbia electronically report to CDC verified TB cases that meet the CDC and Council of State and Territorial Epidemiologists surveillance case definition.* Reports include the patient's self-identified race, ethnicity (i.e., Hispanic or non-Hispanic), human immunodeficiency virus (HIV) status, treatment information, and drug-susceptibility test results. CDC calculates national and state TB rates overall and by racial/ethnic group, using U.S. Census Bureau population estimates (3). As of March 22, 2012, race/ethnicity intercensal population estimates were unavailable for 2011; therefore, 2010 population estimates were used as denominators to calculate 2011 case rates. The Current Population Survey provides the population denominators used to calculate TB rates and percentage changes according to national origin.† Because 2011 Current Population Survey data were available, 2011 population estimates were used for U.S.-born and foreign-born TB rates. For TB surveillance, a U.S.-born person is defined as someone born in the United States or its associated jurisdictions, or someone born in a foreign country but having at least one U.S.-citizen parent. In 2011, 0.4% of patients had unknown country of birth, and 0.7% had unknown race or ethnicity. For this report, persons of Hispanic ethnicity might be of any race; non-Hispanic persons are categorized as black, Asian, white, American Indian or Alaska Native, Native Hawaiian or other Pacific Islander, or of multiple races.
Compared with the national TB case rate of 3.4 cases per 100,000 population, TB rates in reporting areas ranged widely, from 0.7 in Maine to 9.3 in Alaska (median: 2.4) (Figure 1). Thirty-four states had lower rates in 2011 than in 2010; 16 states and the District of Columbia had higher rates. As in 2010, four states (California, Florida, New York, and Texas) continued to report more than 500 cases each in 2011. Combined, these four states accounted for 5,299 TB cases or approximately half (50.4%) of all TB cases reported in 2011.
Among U.S.-born persons, the number and rate of TB cases declined in 2011. The 3,929 TB cases in U.S.-born persons (37.5% of all cases in persons with known national origin) represented a 9.9% decrease compared with 2010 and a 77.5% decrease compared with 1993 (Figure 2). The rate of 1.5 TB cases per 100,000 population among U.S.-born persons represented a 10.3% decrease since 2010 and an 80.1% decrease since 1993.
The difference between the proportion of U.S.-born and foreign-born persons with TB continued to increase, although the number and rate of TB cases among foreign-born persons in the United States declined in 2011. A total of 6,546 TB cases were reported among foreign-born persons (62.5% of all cases in persons with known national origin), a 3.0% decrease from 2010. The 17.3 per 100,000 population TB rate among foreign-born persons was a 4.8% decrease since 2010 and a 49.0% decrease since 1993. In 2011, 54.1% of foreign-born persons with TB originated from five countries: Mexico (n = 1,392 [21.3%]), the Philippines (n = 750 [11.5%]), Vietnam (n = 537 [8.2%]), India (n = 498 [7.6%]), and China (n = 365 [5.6%]).
During the past 12 years, the proportion of TB cases occurring in Asians has increased steadily, from 20.5% in 2000 to 29.9% in 2011. More TB cases were reported among Asians than any other racial/ethnic group in the United States in 2011 (Table). From 2010 to 2011, TB rates decreased most for blacks, then Hispanics, whites, and Asians. Among persons with TB, 95.4% of Asians, 73.9% of Hispanics, 36.4% of blacks, and 20.9% of whites were foreign-born. Among U.S.-born persons, blacks were the racial/ethnic group with the greatest percentage of TB cases (38.6%) and the largest disparity compared with U.S.-born whites.
HIV test result reporting improved in 2011, with 81% of cases reported having a known HIV status. Among persons with TB who had a known HIV test result, 7.9% were coinfected with HIV. Vermont data were not available.§
A total of 109 cases of multidrug-resistant TB (MDR TB)¶ were reported in 2010, the most recent year for which complete drug-susceptibility data were available. Drug-susceptibility test results for isoniazid and rifampin were reported for 97.5% and 97.1% of culture-confirmed TB cases in 2009 and 2010, respectively. Among these cases, the percentage of MDR TB for 2010 (1.3% [109 of 8,422]) was unchanged from the percentage for 2009 (1.3%). The percentage of MDR TB cases among persons without a previous history of TB has remained stable at approximately 1.0% since 1997. For persons with a previous history of TB, the percentage with MDR TB in 2010 was approximately four times greater than among persons not previously treated for TB. In 2010, foreign-born persons accounted for 90 (82.6%) of the 109 MDR TB cases. Four cases of extensively drug-resistant TB** (all occurring in foreign-born persons) have been reported for 2011.

Despite the continued decline in U.S. TB cases and rates since 1993, the 6.4% decline from 2010 to 2011 to a rate of 3.4 per 100,000 falls short of the 2010 goal of TB elimination (less than one case per 1,000,000) set in 1989 (4). If current efforts are not improved or expanded, TB elimination is unlikely before the year 2100 (5).
In 2011, Asians became the largest single racial/ethnic group represented among TB cases, with a case rate 25 times that of non-Hispanic whites. Although the case rate among Asians declined in 2011 compared with 2010, this 0.6% decline was smaller than among any other racial/ethnic group. This finding underscores the need for increased TB awareness and prevention programs in Asian communities. A decrease in TB rates was associated with one such program, implemented in predominantly black and Hispanic neighborhoods in Texas, which raised TB awareness in the community while also treating anyone found to have latent TB infection (LTBI) (6). Moreover, because 95% of Asians with TB in 2011 were foreign-born, further support of global TB control will be important for reducing TB rates.
Addressing the increasing difference between TB rates in foreign-born and U.S.-born persons is critical for TB elimination. Most foreign-born persons with TB (78.8%) had their TB diagnosed after being in the United States for more than 2 years,†† consistent with reactivation of LTBI acquired abroad. Therefore, treating LTBI will be critical for accelerating the TB decline among foreign-born persons (5). In 2007, CDC published technical instructions for TB screening in prospective immigrants to the United States (7). As more high-TB burden countries adopt these technical instructions, screening and treating immigrants should improve. Persons screened overseas and found to have LTBI should receive preventive TB treatment upon arrival in the United States. A new, shorter regimen for LTBI requiring just 12 once-weekly drug administrations has been recommended by CDC and might result in better adherence to LTBI treatment in foreign-born and U.S.-born populations (8,9).
Approximately 81% of TB cases in 2011 had known HIV status at TB diagnosis. This increase (66.3% in 2010) is attributed to increased reporting from selected regions. The American Thoracic Society and the Infectious Disease Society of America recommend that all TB patients be counseled and tested for HIV (10).
This analysis is limited to reporting provisional TB cases and case rates for 2011. Case rates are based on estimates of population denominators from either 2010 or 2011. CDC's annual TB surveillance report will provide final TB case rates based on updated denominators later this year.
Progress toward TB elimination in the United States will require ongoing surveillance and improved TB control and prevention activities. Sustained focus on domestic TB control activities and further support of global TB control initiatives is important to address persistent disparities between non-Hispanic whites and racial/ethnic minorities and between U.S.-born and foreign-born persons.

.
§ Vermont no longer reports HIV status of TB patients to CDC.
¶ Defined by the World Health Organization as a case of TB in a person with a Mycobacterium tuberculosis isolate resistant to at least isoniazid and rifampin. Additional information available at http://whqlibdoc.who.int/publications/2010/9789241599191_eng.pdf

.
** Defined by the World Health Organization as a case of TB in a person with an M. tuberculosis isolate with resistance to at least isoniazid and rifampin among first-line anti-TB drugs, resistance to any fluoroquinolone (e.g., ciprofloaxacin or ofloxacin), and resistance to at least one second-line injectable drug (e.g., amikacin, capreomycin, or kanamycin). Additional information available at http://whqlibdoc.who.int/publications/2010/9789241599191_eng.pdf

.
†† The percentage of foreign-born persons with TB residing in the United States for more than 2 years was based on provisional 2011 National Tuberculosis Surveillance System data accessed on February 22, 2012.
CDC - Podcasts
Publicado por salud equitativa en 6:03