A Decade Later: Blood Thinners, Diabetes Drugs, Antibiotics, and Opioids Still Leading Cause of Adverse Drug Events In The U.S.

A Decade Later:
Blood Thinners, Diabetes Drugs, Antibiotics, and Opioids
Still Leading Cause of Adverse Drug Events In The U.S. 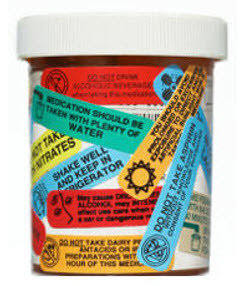 A CDC study released today in The Journal of the American Medical Association (JAMA) provides new estimates of just how many Americans end up in emergency departments (EDs) each year because of unintended harm from medicines that they take. In 2013 and 2014 there were approximately 1.3 million ED visits each year resulting from adverse drug events (ADEs) with more than a quarter of those requiring hospitalization. Overall, about 1 in 250 Americans went to an ED for an adverse drug event each year; nearly 1 in 100 people 65 years or older went to an ED for an ADE during the study years.
The most commonly implicated drug classes in ED visits for ADEs were blood thinners (anticoagulants), antibiotics, diabetes drugs, and opioid analgesics. Among children and adolescents aged 19 and younger, antibiotics were the leading cause of ED visits for ADEs. Antibiotics remain a leading cause for ED visits for adults aged 20 to 64, but the study also found diabetes drugs and anticoagulants were leading contributors to ED visits for ADEs. For older adults aged 65 years old or older, the study found that anticoagulants and diabetes drugs were the leading causes of ED visits due to ADEs.
Allergic reactions were the most common adverse events from antibiotics.  The way to prevent these allergic reactions is to avoid prescribing antibiotics unnecessarily.  This prevents harms to patients now and helps ensure the continued availability of effective antibiotics for patients in the future.
Other common symptoms of ADEs were bleeding from anticoagulants and mental status changes from diabetes drugs and opioid analgesics.
Adverse drug events leading to ED visits and hospitalizations continue to be a concerning cause of morbidity in the United States. Patient safety initiatives and quality initiatives that focus on the drugs and patient age groups most commonly involved in ADEs have the greatest potential for reducing the number of ED visits caused by ADEs.
To see the complete JAMA study, visit: http://jamanetwork.com/journals/jama/fullarticle/10.1001/jama.2016.16201.
To learn more about CDC’s Medication Safety Program in the Division of Healthcare Quality Promotion, visit: https://www.cdc.gov/medicationsafety/basics.html.
To learn more about antibiotic resistance and CDC’s antibiotic stewardship efforts, visit: https://www.cdc.gov/getsmart/.
Publicado por salud equitativa en 5:26