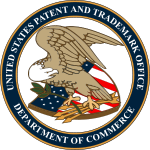 It would be difficult to adequately cover the full range of comments submitted in response to the Office's notice in a single post, so Patent Docs plans to examine a number of the submissions in subsequent posts.  Today, we look at the comments submitted by the IPO.  In its submission, the IPO focuses on the issues raised in Questions 8 and 9 of the Office's notice, which are as follows:

TrackBack URL for this entry:
http://www.typepad.com/services/trackback/6a00d83451ca1469e2016305bf6544970d
Listed below are links to weblogs that reference USPTO Posts Comments on Genetic Diagnostic Testing: